It certainly has been a journey since the first Dual Universe organisations were officially created in early 2016 as previously mentioned in part 1 of this series. This article continues from where part 2 left off from February 2018 extending until the end of November 2018 which marked the beginning of the successful Alpha 1 launch of Dual Universe.

In that timeframe, while Pre-alpha testing raged inside Dual Universe, the large organisations continued to grow and a few new ones were created. Alliances were made and broken. New friends, acquaintances and enemies were made. The drama, usually rife within organisations, in some cases boiled over into more community-driven projects.

All told, the game wrapped within a game was afoot.

END_OF_DOCUMENT_TOKEN_TO_BE_REPLACED 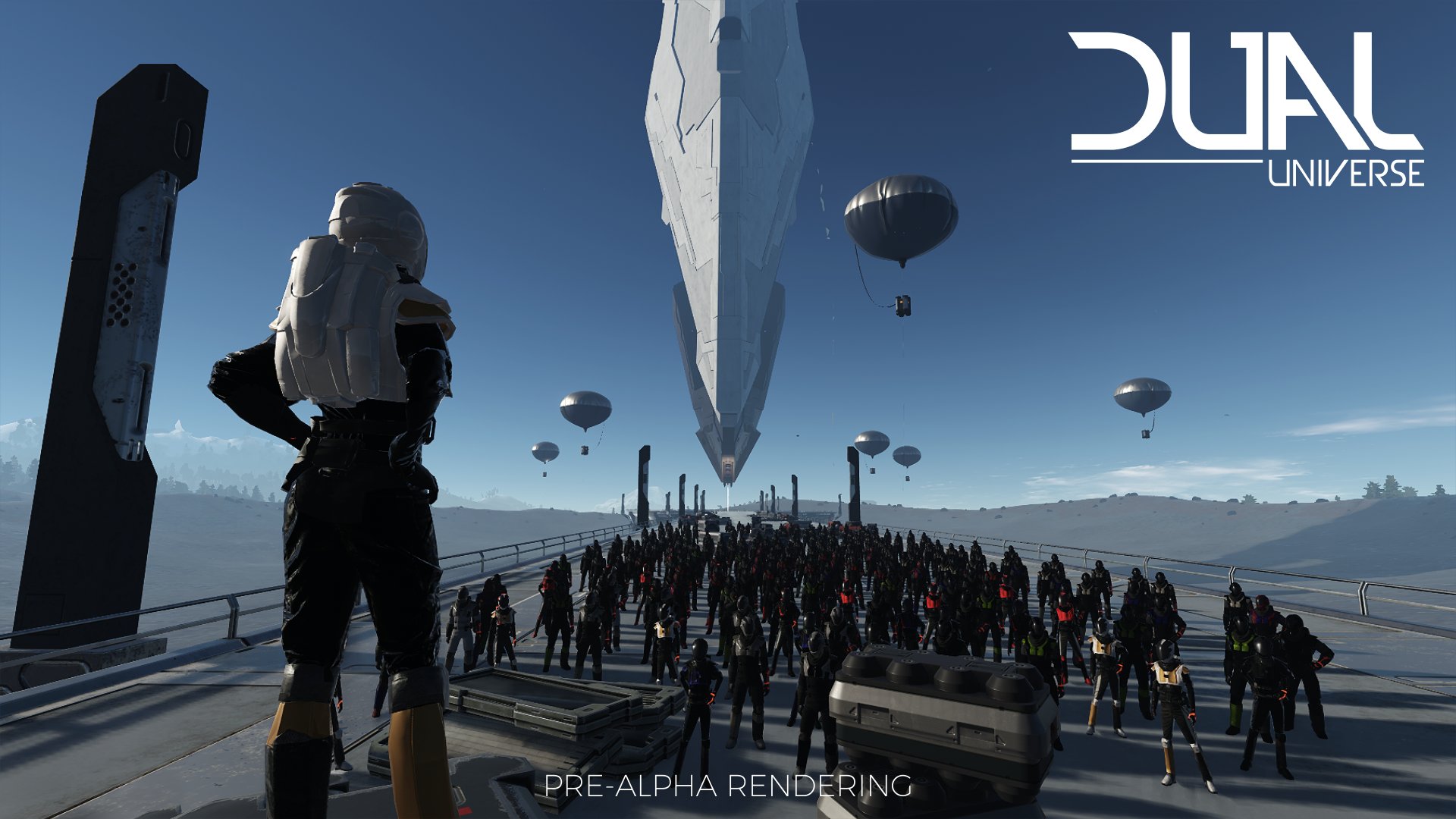 END_OF_DOCUMENT_TOKEN_TO_BE_REPLACED

Back from Ark Central, it’s been another exciting month in Dual Universe filled with interesting developments. Organization drama is happening as always, but also fascinating new videos, projects, and other content from the community. Ark Central was also pleased to welcome THREE new members to the Production Team here in the studio, where our growing team reflects the growth of our content and organization as well. Today, I’ll be sharing how our videos are actually brought to life, from drawing board right to your screen.

Surprisingly, it’s not that complex. At the beginning of each broadcast production process, our basic launchpad is the timeline document, a rough snapshot in time with all of the basic outlines of major events and developments happening throughout Dual Unvierse at that time. As we learn more about those developments, we begin to fill in the raw details, refining to the specifics over time. Eventually, these are polished and converted into workable final scripts. Our talented hosts and correspondents then take these scripts and record them as audio files. From there, the editor cleans up the audio and pairs the recordings with video and image pieces, as well as adding in those nice animations, producing a final video production. We evaluate the finished product as a team, make edits as necessary, and release it right on schedule.

In fact, that’s exactly how our news update for the month of December was created from start to finish. I highly suggest checking it out below, and remember to like, subscribe, and stay tuned for more of the latest from Ark Central.